Cannabis and Intellectual Property: To © or not to ©, and Other Pressing Questions

My contributions will primarily be analysis of different aspects of intellectual property in a market that has decriminalized cannabis while it remains federally illegal.  Can, and more importantly, should a state furnish intellectual property protections when they are unavailable from the federal government?  California’s possible shift from medical cannabis to recreational cannabis raises many questions about commercial and social costs and benefits to affording these protections.  While attorneys and businesses are largely approaching this topic from the perspective of private players,  my goal is to outline not just the various legal challenges and possible solutions to the concerns of cannabis-oriented businesses but, instead, to point out how a state can balance those private interests with public policy, safety, and health concerns.

I am a law student who studied science for my undergraduate degree. I am focusing on intellectual property law with an emphasis on patent prosecution. I am an associate on the Santa Clara High Tech Law Journal, and I have developed a strong interest in the intellectual property challenges presented to emerging markets and businesses.  Because of the politicized nature of these topics I am writing under a pseudonym, Lucilius, who was a friend and correspondent of one of my favorite writers. 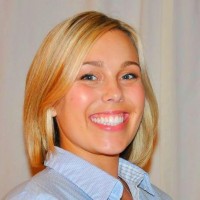 I will be analyzing federal environmental and land use issues as they relate to state and tribal sovereignty. My first post will focus on the existing treaties between American Indian nations and the federal government as pertains to the regulation, sale, and cultivation of marijuana on tribal lands. I will focus on whether a tribal regulatory framework, carefully considered and crafted, would be above the reach of the Controlled Substances Act. Then I will be turning to the topic of water and resource utilization as it relates to the juxtaposition between federal and state marijuana regulation, especially in states where the agricultural industry is prevalent and water is scarce. I will also consider how state legislation or initiatives regulating or legalizing marijuana could be drafted to limit negative environmental impact.

As a second year law student and International Comparative Law Certificate candidate I am able to provide analysis of, and creative solutions to, the issues presented by drug law and policy. During my travels with the Santa Clara University School of Law, I have experienced the legal frameworks and researched national drug policies for both Cuba and the Netherlands. This summer I hope to take classes in Australia and develop an understanding for the policies utilized by that government in drug and substance abuse management. Last semester I was excited to be able to participate in the Drug Abuse Seminar taught by former Santa Clara Law Dean, Gerry Uelman, which advocated an end to the “War on Drugs” and more humane treatment of drug offenders. I am particularly interested in the environmental implications of California regulation (and possible legalization) of marijuana. Post-bar, I plan to work drafting policies to help put an end to the federal government’s controlled substance scheduling of marijuana.